In one of the strangest twists in a lifetime of amazing stories, I have begun working with Mega-Producer Stuart Epps on the next "t.Roy" project. Most people don't pay attention to the Producer of a record, but that is usually the person most responsible for that song becoming a hit. Their job is to take an idea and turn it into a recorded song.

Mr Epps has worked with the biggest names in rock history. Starting out in publishing at Dick James Publishing (London) he worked with the Beatles. He later went on to be an engineer and producer, working with people like Led Zepplin, Elton John, George Harrison, Oasis, Twisted Sister, Wishbone Ash, and the list goes on with the addition of t.Roy & The Smoking Section.

He will be mixing what I've just recently recorded in the dining area of my very small house. This project ("Dining Room") was started last year in the city of Asheville as t.Roy & The Smoking Section.

The t.Roy series has been an outlet for the secular songs (non-church music) I've written over an entire life.

"Gypsy Queen" is a song about my Canadian wife, Hadassah Dove, whom I have not seen since July 2020. At first it was because of covid but now it's because of immigration. Alas...the story of the song.

This is only viewable to you who care enough to read my blog. It has not been officially released yet.

The death and resurrection of America

Do you know how to celebrate the end of slavery in America? We need to know because it's the greatest victory of Christians in America, even if it was a high cost.

It's called Juneteenth. I have much to say about this, but first some history.

The end of slavery was resisted in the South for months after Lee's surrender. Texas, being the farthest from Washington, was the last State to be occupied. That made Texas the last bastion of slavery until June 19th, 1865 in Galveston.

During the American Civil War, President Abraham Lincoln issued the preliminary Emancipation Proclamation on September 22, 1862. The Emancipation Proclamation was formally issued on January 1, 1863. It declared that all enslaved persons in the Confederate States of America in rebellion and not in Union hands were to be freed. This excluded the five states known later as border states, slave holding states that had not seceded from the United States and – Kentucky, Maryland, Delaware, and Missouri – and the counties of Virginia soon to form the state of West Virginia, and also the three zones under Union occupation: the state of Tennessee, lower Louisiana, and eastern Virginia.

More isolated geographically, Texas was not a battleground, and thus the people held there as slaves were generally not affected by the Emancipation Proclamation. Planters and other slaveholders had migrated into Texas from eastern states to escape the fighting, and many brought enslaved people with them, increasing by the thousands the enslaved population in the state at the end of the Civil War. Although most enslaved people lived in rural areas, more than 1,000 resided in both Galveston and Houston by 1860, with several hundred in other large towns. By 1865, there were an estimated 250,000 enslaved people in Texas.

The news of General Robert E. Lee's surrender on April 9 reached Texas later in the month. The Army of the Trans-Mississippi did not surrender until June 2. On June 18, Union Army General Gordon Granger arrived at Galveston Island with 2,000 federal troops to occupy Texas on behalf of the federal government. The following day, standing on the balcony of Galveston's Ashton Villa, Granger read aloud the contents of "General Order No. 3", announcing the total emancipation of those held as slaves: "The people of Texas are informed that, in accordance with a proclamation from the Executive of the United States, all slaves are free. This involves an absolute equality of personal rights and rights of property between former masters and slaves, and the connection heretofore existing between them becomes that between employer and hired labor. The freedmen are advised to remain quietly at their present homes and work for wages. They are informed that they will not be allowed to collect at military posts and that they will not be supported in idleness either there or elsewhere"

How did slavery get started in the first place? On June 19th, 2011 Dr Raleigh Washington of PromiseKeepers with Rabbi Eric Carlson of Newport News VA sponsored a Juneteenth March of Remembrance on the very property where slavery began in 1607.

Other speakers included Chief Ann Richardson of the Powahatan Tribe, and there were several local Pastors and ministries that wanted to give a word or lead us in worship.

The point of March of Remembrance has ALWAY been about breaking the silence of indifference. We can argue statistics and policies but it's hard to argue there isn't a whole lot of indifference between people everywhere these days. As they say, "Sunday is the most segregated day in America" to our shame.

On this date, we had invited every church, every saint we could and yet the turnout was very small. We only need ONE to hear us, but it was a disappointment more didn't find it worthwhile.

We should be leading instead of reacting, my friends 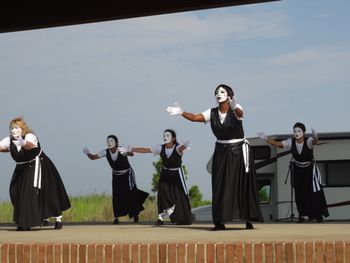 powerful prophetic dance about the pain of oppression 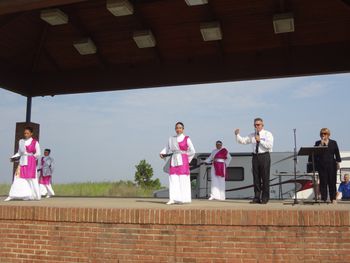 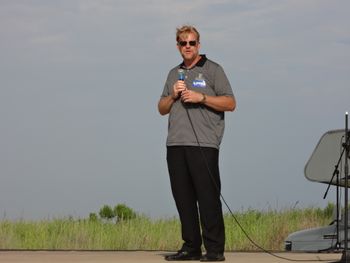 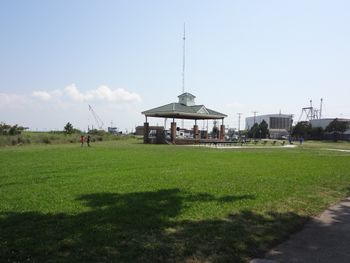 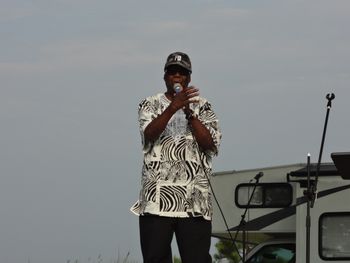 Dr Raleigh Washington, Co-Founder of Promise Keepers, give us tools for redemption and forgiveness. 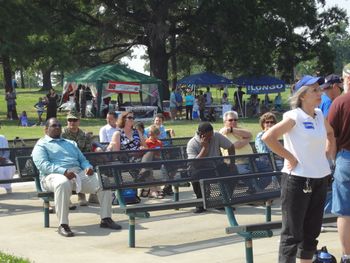 A small crowd. How many does our God need? All of us as One. 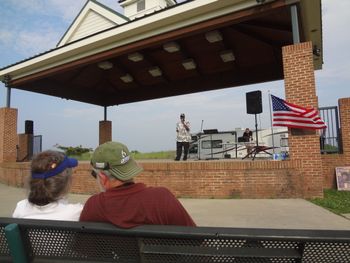 Pastor Dr Raleigh Washington came to honor us with his authority to speak on this subject. 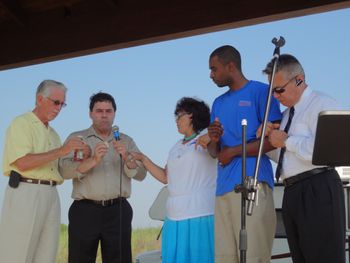 Sorry I can't remember the names of many who came, but that's Dean Longo (2nd from left) who was running for office back then. 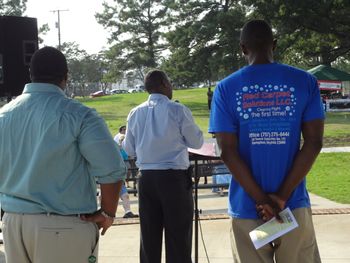 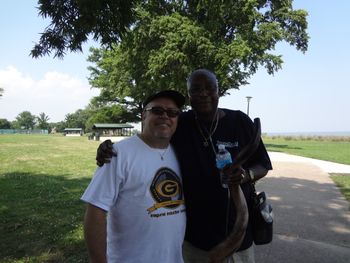 The only picture of me from the day...this brother blew the shofar for us, and did it well! 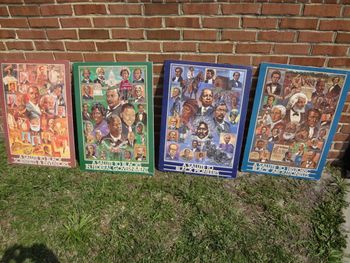 Banners for the day.

"Rumors of my demise have been greatly exaggerated"

The culturaXchange keeps rolling, though it has been more than 3 years since I sent out a newsletter. I would say it's nothing personal, but… 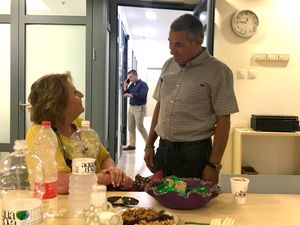 The Servant Tour to Israel

Calling all servants of the Most High! 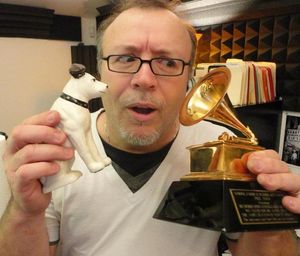 (Picture: with Phil York's Grammy while working on the "emergency" project)

First let me start by thanking Rabbi Andy Meyerson for a much-needed break from the road in 2017.

As some of you know, my… 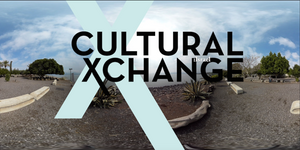 Join the tour group on a virtual experience overlooking the "West Bank" capital of Nablus.  It is ironic that the world expects Israel to surrender this exact spot where God says to… Read more 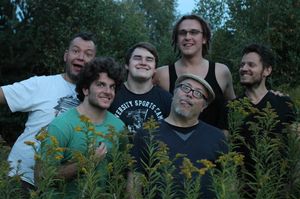 You have to be there!?

If you aren't going to Messiah Conference this year you are so going to hate yourself for missing it.

As we have all come to expect, Messiah Conference is going to be absolutely stellar again this year.…

Watchmen on the Walls

I have posted watchmen (Notzrim) on your walls, Jerusalem; they will never be silent day or night. You who call on the Lord, give yourselves no rest, and give him no rest till he establishes Jerusalem and makes…

Alex has been touring Europe to shoot a VR documentary with the most famous Composer of movie-themes in the world (whom will remain unnamed at this time) and is only growing in demand, so I have started training for other…

Yesterday we shot one of the most intriguing discussions you could ever hear. A fountain of grace has been opened and we can hardly wait for you to see it!!! And since it was shot completely in VR, it can…

I've been stitching VR content from Israel and posting that raw footage up at a private page on Littlstar's app. Want to see it?

If you want to see it in 360VR, just take out your smart phone…Read more

Just returned from THREE FULL WEEKS of shooting VR around the nation of Israel!

We captured experiences from biblical sites, to Holocaust survivors giving their testimony, to a documentary of the murder of American tourist, Taylor Force in Yafo, where…